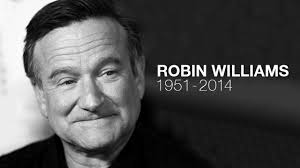 …okay, okay, okay… he was not universally admired… but those to whom his humour and style didn’t appeal must have been less than 0.0000001% of emb’dy who ever watched him and listened to him… I’ve been re-running some of the interview clips he did on television chat shows over the years, and remain constantly mesmerised at the speed of his brain, his genius in spinning WURDS , and accent impersonations, and just out-and-out ‘Williams-isms’… undoubtedly a ‘one-off’ comedy titan… 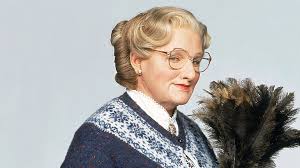 and yet, sadly,  a touch over three years ago in August 2014, this man, this genius, this creator of so much pleasure for others, took his own life… I will not pretend to begin to understand the enormous personal battles that conditions and illnesses such as depression and others cause… but it struck me this morning watching one of the old televised interviews of how ‘one-way’ the entertainment stream was… all coming from Robin… making others laugh, his physical body gestures enhancing much of his spontaneous spiel… but his eyes lacked sparkle… NUTHIN was going to him… he was eternally ‘on stage’… giving out, rarely receiving… history will show many comedians over the years have taken the same route as Robin… the onset of depression or other mentally debilitating conditions, followed by suicide, a common record… of course, being a famous celebrity made the news of his death all the more shocking… but… and here’s the thing… there are many hundreds of thousands, possibly millions, of ordinary folks who suffer the same tortuous anxieties, struggles and fears… I don’t consider myself within a million miles of the same condition that attacks people in this way, but one saying I adhere to is this: ‘EVERYBODY  you meet, EVERYBODY, is fighting some sort of battle we know NUTHIN about… be kind always’… see yeez later… LUV YEEZ!

…the King of Laughter is dead… long live the King… R.I.P. Robin Williams… 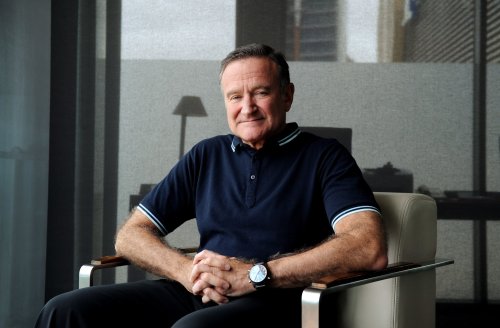 …It’s not given to many of us to be regarded as a person about whom nobody thinks anything other than ‘what a wonderful human being’… Robin Williams owned that billing, and has done for decades… many of us utilise humour as a defence against the various demons we face from time to time… for most, that’s sufficient… for others, sadly as we know, that armament fails… the irony is that very few people have consistently brought humour and light to hundreds of millions through a career of dazzling genius in the way that Robin did… and yet, in the end, that same talent was unable to work its magic on the man himself… the records will demonstrate clearly the many such purveyors of comedy who also found the only recourse was to take their own lives… the brilliant British situation-comedy actor, Tony Hancock, is another who comes to mind… most of yeez will remember others… but, here’s the thing… I’ll bet yeez everyone of them would have wanted the show to go on… humour shouldn’t stop when their own curtain comes down… of course, we grieve… we wouldn’t be human ourselves if we did not… yet, presently, the SOSYAL NETWURKS are also crammed with clips of Robin’s past funny masterpieces… we weep at his passing, and simultaneously laugh and relive the joy in the wonderful entertainment he provided… his monologues… his nutty ad libs… the matchless facial expressions which in themselves spoke volumes… he is being labelled a genius, but sum’times even that WURD doesn’t fully encompass the truth of it… he was a one-off… the ultimate entertainer… part of his legacy, we hope, may be a raised understanding of the illness that he did share with millions… severe depression… we loved you then, Robin… we love you now, Robin… we will always love you, Robin… the King of Laughter is dead… long live the King… R.I.P. Robin Williams…

ALL MY BLOG POSTS ARE FREE TO SHARE/RE-BLOG SHOULD YOU SO WISH—BE MY GUEST!