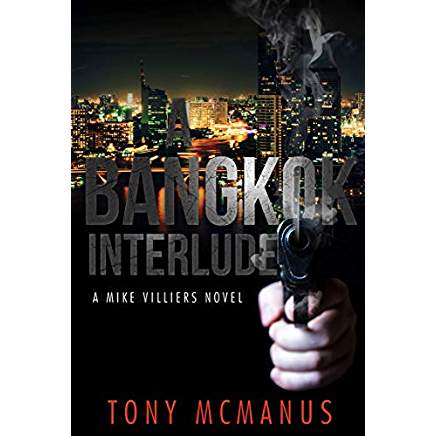 …the following superb piece from my Author friend, Tony McManus, mirrors what so many of us in the self-publishing community feel right now:

A LOW BLOW FROM AMAZON

I have mixed emotions regarding Amazon. On the one hand, and I guess like most indie authors, I am grateful for the opportunity Amazon has given me to become a self-published independent author of thrillers. On the other hand, they do things that puzzle, baffle and annoy me.

Writing a book, a novel, fashioning a work of fiction, and doing it well, is not easy. Even for ‘natural’ writers, highly gifted and driven writers pursuing destiny, it’s hard work. That’s not to say it’s not enjoyable. A writer on a roll, writing well, enjoys a ‘high’ like nothing else on earth. Like a ride to the moon, it can be the most satisfying thing he’s ever done. He gets to feel good about things.

But then, after completion, he has to sell his book. This is the hardest part.

In order to sell their books, indie writers need to build ‘platforms’ in the form of websites, blogs, and newsletters; all time-consuming chores. It helps to be something of a huckster, a showman. Being shy and reclusive is a drawback. But more than anything else they need reviews. Readers’ reviews are essential, the lifeblood of the enterprise. Good reviews drive sales. Without reviews, a book lies ignored, beached in the shallows. The problem is, reviews are not easy to come by. Only a small percentage of readers are prepared to write them. So, writers are faced with the task of cajoling readers into making the effort. At the end of my latest novel, in the hope of a response, I left a little note:

‘Note to the reader

I hope you enjoyed A Bangkok Interlude. If it’s no trouble, a short, honest review would be greatly appreciated. ‘

Getting reviews can be really tough; it’s a hard road to tread. And now, thanks to Big Brother Amazon, it just got a lot harder.

An Australian lady recently purchased and downloaded a copy of my novel, A Bangkok Interlude. She thought it was, ‘Awesome’ and said so on Facebook. She then wrote a review reflecting her enthusiastic opinion. Amazon rejected her review and directed her to their ‘Community Guidelines’. She went there and found that in order to publish a review she had to have spent AU$50 minimum; I imagine that is per year. I have discovered that this rule applies in every ‘Amazon Community’; in Britain, (Amazon.co.uk) for example, one must spend 50 pounds sterling in order to place reviews. The same holds for all the ‘Amazon Communities’.

It wasn’t always this way. Once it was easy and straightforward. You bought a book on Kindle and, if you had a mind to, you wrote a review. It made sense. Not anymore.

I’ve concluded that this financial threshold is the latest salvo in Amazon’s War on Fake Reviews.

Amazon has been waging this war since around 2012. And in so doing they’ve deleted vast numbers of reviews, many of them genuine and not in the least fraudulent. It appears that many innocent writers and reviewers are being cut down, ‘friendly fire’ casualties of Amazon’s unfeeling robots.

Authors are forbidden from holding the slightest relationship with a reviewer. So if a writer develops a group of fans, those fans could be banned from writing reviews, as a fan club could be deemed a relationship by Amazon’s bots. Punishments can include banishment. For life. And there is no appeal. I’m told the entire Kindle store is run by robots and AI. Things are getting more than a little scary. And it appears that the war is largely a failure as the real scammers are getting through.

This latest move, placing a minimum of purchases, will, no doubt, have its effect. But reviewers who get their reviews rejected, like the Australian reader, will be put off from writing reviews; once bitten, twice shy.

At school, I was taught that it was a far, far better thing that a guilty man escapes justice than an innocent man suffers punishment. I feel that Amazon should take note. Far better that a few fraudulent reviews get through than so many genuine and honest reviews get deleted.

Honest reviews benefit Amazon as well as the authors. What a pity they can’t seem to see that.