…Author E.A. Setser’s Guest Post offering for yeez today is a straight entry from his own blog page recently… and it’s a bit of an eye-opener for emb’dy in the scribbler business looking for advice on the best approach to yer book’s cover page… here he is:

AGAIN WITH THE PANCAKES

Take a look at this picture. No, really. Take a good long look at it. 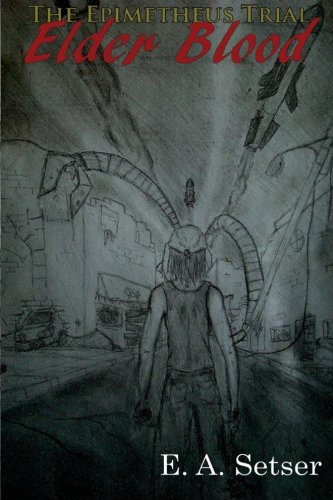 You probably want to laugh at it, and that’s okay. I do, too. Because, let’s be honest, it’s crap.

What’s inside holds up pretty well, I’d say. You can see for yourself, if you’d like. The problem is that understanding the cover requires reading the book, and the cover doesn’t make people curious to read the book.

I once spent $300 for a promotional campaign through a Facebook Page which, for their poor handling of the matter, shall remain nameless. The biggest buzz I got was when someone Shared it on their personal page where he and his friends gossiped about how bad the cover was and complained that their books weren’t being promoted. (All they had to do was email the Page’s admin, but apparently, being salty was more productive.)

That guy was kind of a jerk, but I did learn two important things. One: Don’t use multiple fonts on your cover text. Two: This cover is bad enough that it’s driving customers away.

So now, I have a friend working on a rebuff of this cover. At my insistence, he’s working at his own pace. He does have other stuff going on, after all. So, I don’t know when it will be done, but sometime in the near-ish future, that old cover will be retired and replaced with a new and better cover.

So, I guess this is another one of those pancake moments. I’m throwing out the first one.

Although I really loathe that saying. It’s among the farthest-from-the-truth truisms that I can relate to the point of. I don’t know anybody who consistently burns their first pancake.

“You don’t marry your first lover” could be a more apt truism for needing to let go of your first something-or-other. Off the top of my head, every married or cohabitating couple that I know personally dated other people before each other. But when they were with their first, it would be reasonable to assume they loved them at the time.

But I also know that some people do marry their first lover. I’ve seen it happen. I just don’t know them personally anymore. “You don’t make a career of your first job” is probably even better. I’ve only ever met one person who did that. Got his first full time job at 18 and was still there at 55.

Anyway, I just got off on a huge tangent, and I apologize for that. Back to what I was talking about, the artist and I had a nice big laugh over his misinterpretation of the original cover. He thought that this…

… was a motorcycle helmet. And that these…

… were coming out of the guy’s head. He then referred to him as Doctor Octagonopus.

Oh, and this whole thing about not keeping your first only applies to the first cover of the first book. I put more thought — or any at all — into the cover of my next book, and I communicated a lot more — again, or at all — with the artist throughout the design process. This is what came of it. 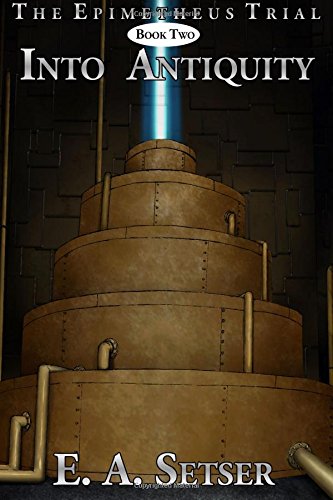 And this is what’s inside, because that’s what counts.