…elementary, m’dears… Authoress M. Pepper Langlinais and The Case of The Macho Myth…

…in a literary WURLD of stereotyped characterization, my dear friend, Authoress and Playwright, Manda Pepper Langlinais, (who shares my fascination with all things Sherlockish), bids yeez take another view… 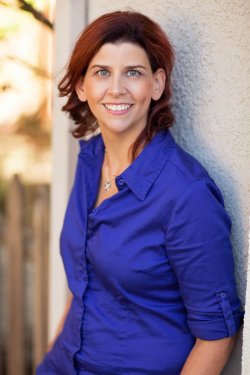 There is a common thought or saying that girls always want bad boys and that “nice guys finish last.” Books these days are littered with muscled alpha males—or I assume they are based on the half-dressed, tattooed men on so many covers. And these books sell, so I guess there is some truth to that old saying.

Well, I always knew I was weird.

I don’t dig alphas. I’m not into muscles. I don’t mind tattoos, though I’m not particularly drawn to them either. And I certainly don’t enjoy men with repressed anger issues that a main female* character needs to get through to find the guy’s ooey-gooey center. The idea that, if only she puts in some effort, and that only she can redeem him . . . It doesn’t work for me. Not even as a fantasy.

So what do I go for? Tall, thin, smart, well dressed. Even better if there’s an accent of some kind.

I suspect my taste in leading men was largely shaped by a formative addiction to the movie Young Sherlock Holmes. Holmes as a character had already been firmly established in my life—my father read Doyle and Meyer and watched the Granada television series. On the somewhat comedic side I’d seen The Private Life of Sherlock Holmes and the Peter Cook/Dudley Moore take on Hound of the Baskervilles. Dad also had this Sherlock Holmes Scrapbook that I enjoyed paging through. So I was perfectly primed for a Holmes tale aimed at my age bracket. Nicholas Rowe’s portrayal of a teen version of the great detective became a template upon which to embroider my pre-teen daydreams and eventually my writing. 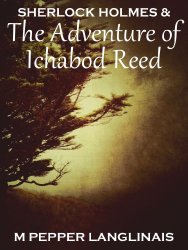 Which is why you will find, aside from the Doyle-inspired Holmes himself, characters who fit a similar description in my books. Reserved, intelligent men who sometimes come off as cold. Instead of anger issues, my leading men have difficulty showing their hearts for fear it will undermine their brilliance. Instead of the heat traditionally associated with alpha males and bad boys, I lean toward ice. The fun is in chipping away at them until I (and the readers) discover what it takes to boil their otherwise frigid blood.

M Pepper Langlinais is a produced playwright and screenwriter as well as published author. She is best known for her Sherlock Holmes stories and is also the creator of the gay British spy Peter Stoller. Her foray into YA fantasy arrives on August 5 with Changers: Manifesting Destiny. Find her books on Amazon: http://www.amazon.com/M-Pepper-Langlinais/e/B008FBOSPE/ and Like her on Facebook: http://www.facebook.com/mpepperlanglinais

11 responses to “…elementary, m’dears… Authoress M. Pepper Langlinais and The Case of The Macho Myth…”