… ‘Owed to Joy’ (with apologies to Master Beethoven)… meet my pal, Joy Lennick…

…we’re out of the blocks and running, Lads and Lassies of Blog Land… the current Open Season for Guest Bloggers on this ‘ere ‘umble page starts with a terrific offering from my pal, Authoress, Joy Lennick… for fellow scribblers, the sentiments will be swiftly appreciated…  just read and enjoy!… 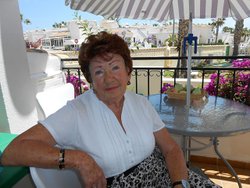 It started around 5.00 a.m…My ‘word soldiers’ mutinied and I had one hell of a job controlling them after that.  It must happen to all writers occasionally.  Doesn’t it? You marshal your troops, give then a pep talk and expect them to obey orders.  Do they heck!

“Right! This morning it’s an article on minimalism.  Someone? Anyone…?” Silence and then verbal diarrhoea ending in chaos. Someone babbled about ‘Style’; another about ‘Chocolate’(?) A third smart-arse suggested ‘Discipline’.  The cheek of the man; he only added fuel to the fire…I found it hard to cope, so arose and made a cup of tea.  Sanity prevailed. The troops were still silent when an upstart interrupted my reverie and piped up: ‘Minimalism’ and added a few ideas.  I made him up to sergeant and gave him the rest of the day off.

The reason for all this nonsense? The discovery of the so-called ‘Queen of Minimalism:’ American writer Amy Hempel: ‘The Dog of the Marriage’ a collection of short stories. A warning! It’s not to everyone’s taste, but what is?! But and it’s a big BUT, as a writing exercise and lesson in pruning – especially for the short story writer – some of her work is well worth reading. The expression ‘wheat from chaff’ comes to mind. And so I approached my key-board with something approaching enthusiasm.  This is my first attempt. See if it helps or grabs you.

Outside Autumn glowed golden.  Inside it was Winter: the room icy. The decibel level of the grandfather clock increased alarmingly. Bird-song was strident this morning she thought.

She poured her own coffee; heard the decisive ‘clonk’ as the cup met the saucer. Her voice was on alert, eager for action…

The wall between them was paper-thin; the silent words pregnant with doom.

Joy’s latest books: ‘MY GENTLE WAR’ a memoir, and ‘THE CATALYST’ a faction novel 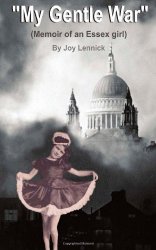 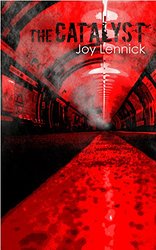 5 responses to “… ‘Owed to Joy’ (with apologies to Master Beethoven)… meet my pal, Joy Lennick…”