…Authoress, A. J. Millen… there’s more to her writing than yeez see on the covers…

...from the virtual mailbag, a response to my perpetually open offer for Guest Bloggers has yielded a particular post with a wealth of terrific content… much too much to assail yeez with on a single reading, so I intend to ‘drip feed‘ some of it to yeez in due course… but let me give yeez a ‘heads-up’… this Lady can really write… much jargon is spun on the reviewers’ columns from time to time about ‘fresh writing voices’… well, truly, here’s one of those– my friend, Authoress, A. J. Millen… enjoy: 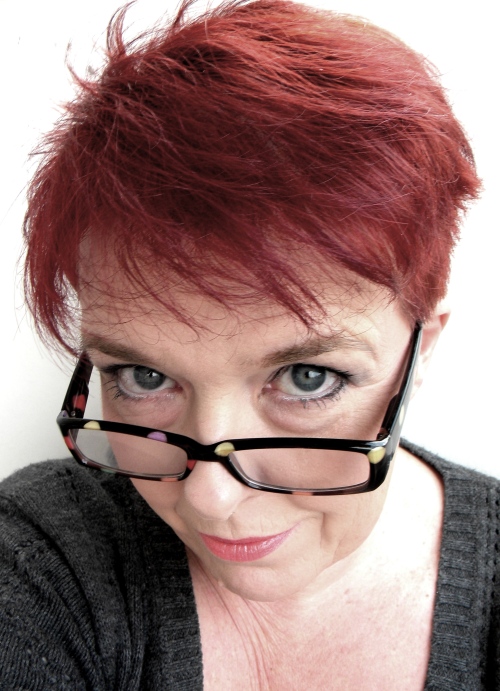 Funny how you miss even a nuisance when it’s gone, she mused as she blinked the stinging smoke from the corner of her eye and headed back towards the trolley.

Crazy George was one of those uninvited reminders of the ever widening holes in society’s safety net that pricked her pathetic bleeding heart conscience every time she saw him. Broken but harmless, he was enough of a jar in her normality to make her feel uncomfortable. Guilty.

Just not enough to prompt more than handing over a few coins from her pocket, without having to look into his red-rimmed eyes.

She couldn’t recall when she’d first noticed his rambling, shambling presence. She guessed he’d always been there, part of the army of invisible unfortunates who reminded ‘ordinary’ folk like her of what might be if they strayed too far from normality. But she did remember when she’d first heard his voice. Like the rasp of a key turning in a rusty lock, stiff and creaky from lack of use. He’d touched her slightly on the shoulder and smiled crookedly when she turned to see who it was.

“Not long now. I heard them. They’re coming,” he growled conspiratorially. He glanced with meaning at the battered transistor radio in his hand with the flap hanging off its empty battery compartment. Her shock at his uninvited contact was tempered by amusement, but the smidge of decency within her stopped her from laughing out loud. 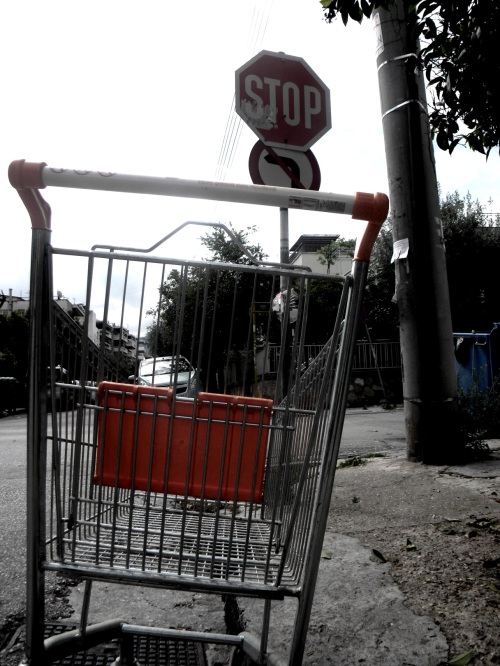 Over the next few months, she learned more about by him some kind of osmosis. He was a well-known ‘character’ in the neighbourhood, and folks said he was once a respectable, hard-working man – until that day when something inside fractured beyond all repair.

She’d started greeting him every time they met with cheery but empty platitudes, carefully designed to shield her from the reality of his situation, and soon he’d become part of her daily routine. A memento mori of how lucky she was, despite the problems piling up at home. Taking the time to say hello and offer some crumb of comfort assuaged her survivor’s guilt slightly, made her feel alright about being OK, even gave her a small sense of moral superiority. But she could never bring herself to look him direct in the eye. Scared, perhaps, of what she might see reflected there.

“Morning, George!” she’d say, looking at a space precisely three inches to the right of his haunted gaze. “Bit nippy today. Hope you’re keeping warm” as she dropped some spare change into his hand. As if 73 cents would make any kind of difference.

And yet, he seemed to warm to her, see her as one of his favoured people. The ones who at least pretended he was human, and to whom he trusted his revelations.

“It’s nearly time, you know. They’ll be here VERY soon,” he said that morning with a toothless grin as he gummed his way through the greasy sausage roll she’d given him.

He stopped, mid-chew, and looked at her in disbelief and doubt.

“YOU know. Them. They’re coming. Soon. And when they get here, everything will change. Everything.” He dropped her a cheeky wink and extended his hand, offering her the last two bites of the pie.

She scurried off to buy her daily pack of smokes from the nearby kiosk, angry at herself for letting the harmless street nut propped up against his supermarket trolley spook her like that. Clutching her cigarettes in one hand, she rattled the small change in the other and decided to give him the coins.

But the street was empty except for the trolley neatly parked under a Stop sign on the corner. George was gone. Nowhere to be seen. Not sitting on the low wall to the side, or even taking an untidy pee around the corner.

She strode up to junction and looked both ways, expecting to see him bent over talking to a pigeon or staring up at the skies. But nothing. It was as if he’d been vapourised out of his miserable existence, quietly and discretely, in the few seconds it had taken her to buy her cigs.

Tapping one out of the packet, and taking a deep jolting puff after lighting it on the third attempt, she turned and walked back past the trolley.

It was empty, as it always was when George rolled it around the neighbourhood with him. Except for the greasy paper bag that had held his sausage roll. Beneath the printed words declaring its makers the best bakers in town, someone has scrawled some uneven penciled letters, jagged like broken teeth.

She squinted in the sunlight and bent to read what it said. The words made her choke on the smoke and look over her shoulder in panic.

…thanks for this … I like yer stuff very much, m’Lady, AJ…

Words have always been AJ Millen’s friends. She started telling stories young, and worked as a reporter in England in the 1980s, but in ‘89 she left for six months in Greece. That was the plan – until a brown-eyed boy from Samos persuaded her to stay. Today, they’re married and parents to a 19-year-old musician.

AJ lives in Athens and works in Corporate Communications. She has participated in two collaborative novel writing projects and had short stories published in four anthologies. Her work has also featured in live readings at theatres in Brighton, UK, and she was a winner in the AuthorTrope “I Made The Darkness” writing contest.

…so, Lads and Lassies of Blog Land, if that wee teaser leaves yeez looking for more, try Mandi’s blog at http://shemeanswellbut.blogspot.com

11 responses to “…Authoress, A. J. Millen… there’s more to her writing than yeez see on the covers…”