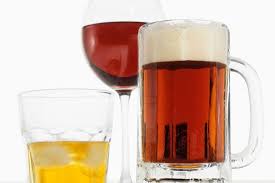 …this ol’ Jurassic was born and bred in Dockland Govan in Glasgow, which de facto makes ‘English’ a foreign language… certain phraseology is found only within the borders of Caledonia and within the vocabularies of Scots, wherever they may land on the planet (people are Scotland’s best exports)… in truth, when first I ventured South of the Border to WURK in Lombard Street, the epicentre of London’s financial district, I claimed I was there as a Missionary… I was forced to slow down my rate of speech delivery even to be partially understood by the natives (some of whom were, indeed, revolting)… it was around the same time that the Political Labour Party, boasted a Deputy Prime Minister called George Brown… whatever else he achieved in his political machinations, his contribution to the Labour Party Cabinet meetings must have included surveys and research on booze…Mister George Brown (later he became a Lord, and with great originality and creative imagination, changed his moniker to Lord George-Brown), on one famous occasion, captured by the Private Eye magazine on camera and in quote, after one of his liquid research forays, sat himself down on the pavement (Amer: sidewalk) outside some licensed establishment and declared himself not drunk, but ’tired and emotional’…

…a grateful English reading public latched on to the phrase and it has served the purpose of ‘intoxicated person’ description ever since… not so easily coaxed into such use of language, we Scots have retained a flurry of WURDS, which I beg to offer as examples of descriptive simplicity to honour the same status of intoxication:

…unhappily, the Miriam-Webster Dictionary bods seem to have missed these in their pursuit of all that is best in the United Kingdom’s rich verbiage… similarly, the geniuses at the Oxford Dictionary have lacked the foresight to include these gems… I called the bosses at these publications to enquire why they’ve been omitted… Mister I. H. Aventacloo and Mister B.Uggeredifahno could shed no light… I’ve a suspicion that both of them may have been a tad ‘tired and emotional’ when I rang…see yeez later… LUV YEEZ!…