… I s’pose when ye’ve spent most of yer life doing what ye’re told … ‘behaving yerself’ at home, at school, in nice company … when the opportunity presents itself to kick over the traces, and… well… go nuts, really… in a way that ACTUALLY doesn’t hurt emb’dy… who can resist?… one of the joys of being part of the universal Quill-Scrapers Club is that ye can dispose of people … ye know what I mean… make them go away, permanently… ceasing to breathe … inventive methods of elimination are restricted only by yer imagination… in the olden days of gangster-type crime novels a favoured go-away-and-don’t-come-back stunt was being part of the ingredients in a cement-mixer cake… if we’re to believe it all, most of the buildings in inner city America have Deceased-Three-Finger-Freddie-type fossilised foundations… (bodies, Mabel,.. bodies..)… the BLUUDTHURSTY hunger that settles so comfortably into the crime thriller scribbler’s quiver is startling… at the last count, in two and a half novels, this ol’ Jurassic has killed off more people than the Bubonic Plague accounted for in the mid-1600’s… the worrying bit is that it all seems so pleasurable… if this were to be transposed to so-called ‘real-life’… where with a whirl of my whim, lethal licence were granted to me… stand back and watch the devastation… first up are the people who install those infernal robo-answering machines in companies, that take twenty minutes of your runaround time to get back to, ‘…if ye’re still here, press ‘1’ again, yer call is important to us…’...ye get the idea… the late Ian Fleming, he who gave us the ageless Jimmy Bond, Dubble-Oh-Slur, used to mark a wee pencil cross on every tenth page of his manuscripts… this told him it was time for another blow-’em-to-hell-or-somewhere bit of action… I sense that my manuscripts may have more crosses than a tic-tac-toe convention… I’m toying with the notion of calling Crime Writers Overkill Anonymous... they should be able to help… if they don’t, I have ways of making them see sense… ooops, there we go again… see yeez later…

…I know, I know , I know , ye’ve seen this before,,, but some posts are h just SO good ye’ve gotta bring them out again and have a laugh … enjoy … (and YES, Mabel i DO like cats , honestly .. but I still think this exchange is hilarious )….

… there’s a host of tick-the-box-elements that tell ye how much stress multipliers ye have in yer life… among the more commonly quoted of these include, marriage, moving house, divorce, losing a job, another divorce, death in the family, watching yer team lose a Cup Final… each and all of which can indeed raise the blood pressure and get the heart thumping … since yesterday, I have discovered the Mother-Of-All-Stress-Multipliers… replacing my old model Blackberry with a newer, updated, straight-off-the-assembly-line-from-Hell little number… there’s a special place waiting in that furnace down below for the advertising genius whom BB employed to tell ye it’s ‘…so easy a child could use it…’...my precious few remaining grey cells struggle at the best of times with switching on my current Laptop (I HAVE been know occasionally to do a lap of honour when it lights up) … it took about a gazillion years to get close to understanding how the old B-Berry WURKS... the fiddling between the various email address icons … the sourcing good background stuff for yer books on the Google thing-y on it… and, yes, even from time to time making telephone calls… ye’d think the MANOOFACTOORERS would have the common sense to replicate these simple features on the new offering??… not a bit of it… why give yer consumer public  something they can easily understand, when ye can confuse forty types of f*ck out of them!!??… NUTHIN’s the same as in the old model!!… listen, I grew up with the old Burroughs adding machines where ye had to pull down a wee handle for every entry on the machine roll-paper, so try telling me this new-fangled gizmos are gonna make my life simple??… I tried to type in a fresh name on the thing… I ended up sending a tweet to someone completely different.. oh, and by the way, these Facebook messages with all the cursing in them?… they’re NOT MINE! … and these flashy camera snaps that somehow leaked out there… NUTHIN to do with me, Officer…  yes, Matron, I’d be GLAD of the bluudy syringe today… see yeez later…

… it’s that feeling of, ‘deja vu all over again,’ Mabel… kinda tingly, spooky, and scary all in one dose… I lay no claim to any ability to foresee the future … (else I’d have coined a fortune already on forecasting racing results)… indeed, I usually can’t even  tell yeez what I’m gonna have for lunch today, let alone track still-to-be-unfolded occurrences… imagine then, how unsettling things have become of late… seems that my crime thriller novels, THE VIOLIN MAN’S LEGACY and VENGEANCE WEARS BLACK (…convenient product placement Amazon Kindle links appended below,  …a-hem…)… are being utilised as planning blueprints for some seriously-very-not-nice activity … a couple of months back, a ‘well-prepared gang at Brussels airport relieved the owners of the task of having to sell a stack of diamonds by nicking them and disappearing into thin air’... (by the way,why is it always ‘thin air’? …what’ve people got against ‘thick air’?) … and just a few days ago, at that bastion of understated opulence, Cannes, interest temporarily switched from what the current batch of actresses are ALMOST wearing, to a ‘slight change of ownership’ of a clutch of jewellery … apparently the then custodians of the sparklers felt disinclined to argue the point with the wrong end of a loaded weapon… the same location formed a neat backdrop to a similar ‘transfer of pockets’ for other glittery things during the Cannes Philm Phestival … however untidy all that may appear, the embarrassment for this ol’ Jurassic is that the phone has been ringing off the hook… the lads at Interpol weren’t trying to flog me tickets to the International Policemen’s Ball… and the calls from the ‘other’ gravelly, heavily-accented voices requesting more copies of my next novel, SAVAGE PAYBACK, while useful for the Amazon Kindle rankings, may well bode uncomfortable future happenstance for this quill-scraper … it’s a WURRY, Mabel… meantime, several suggestions have also reached me that I write a novel where all the politicians on the planet get eliminated by some strange affliction… now, where did I leave my crystal ball?… see yeez later… Matron’s here with that bluudy syringe…

Links for THE VIOLIN MAN’S LEGACY 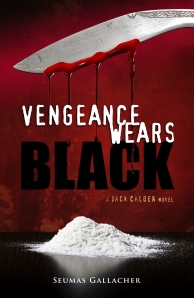 … my intrusion on to the Guest Blog platform of my big mate, Author Mac Logan… cheers, that man ! :))

…thanks for having me aboard, Mac… ye’ll need to reciprocate shortly (that means ‘do the same back’ )…a-hem…

“There are few more impressive sights in the world than a Scotsman on the make.” James M. Barrie

…it’s all that Builder guy, Noah’s, fault, ye know… #TBSU…
… in the Idiot’s Guide to Being a Compleat Idiotye’ll see my name prominently indexed… through years of assiduous practice, the art of ineptitude has come easily to me… comes the internet generation and my total lack of understanding of how it all WURKS has become the stuff of legend… but out of the darkness, always, a ray of light sparkles… the Mother of All Buzz-Phrases zings into what remains of my little grey cells…‘BULDING THE PLATFORM’… Mister Noah cottoned on to it before the Original Global Warming hit the place …got his pet ardvaaks and zorillas discounted ferry tickets and off he went… survival the name of the game back then… survival the name of the game back now… survival in this new age of self-publishing, of indie quill-scraping… survival by SOSYAL NETWURKIN … here’s how it WURKS, Mabel … ye invest great slugs of yer soul in scribbling yer masterpiece… ye polish up yer editing best ye can, with or without ‘expert’ help (yes, Uncle Fred, I DO know about commas and stuff)… then WHAT TO DO WITH IT? … no use in just throwing it on to the great Amazon Kindle Rollercoaster with no warning to a non-expectant WURLD… ye have to BUILD THE PLATFORM … translated  into normal parlance that means getting yerself out there… become a tenant on the TwitterTurntable …Fraternise the Facebook Franchise… Lurk Loosely onLinkedIn… Goof Around on Goodreads… and Blether away inBlog Land… ye see, ALL ye have to do is change yer wholeF*$%@#ing life… become the Sosyal Chameleon of the Century… indulge friendships with people across the virtual universe… ye’ll be astonished how strong these links become… DON’T become the Begging Spammer pleading for readers to purchase/download yer tomes… rather build personalized relationships as ye would in any other BUSINESS… because that’s precisely what it is, Mabel…theBUSINESS end of being a Literary Layabout… taste it… relish it… embrace it all… oh, and look out for the next flood warning… see yeez later…

Seumas Gallacher is an author who blogs in a distinctive style. He has written two thrillers, with a third on the way.
A warm and humourous man, Seumas is proud of his Glasgow roots. Not many people know he is a Scots Gaelic speaker; so good indeed that he has a number of Am Mòd Nàiseanta Rìoghail or MOD medals to his name.
Although he lives in the UAE, his writing is exciting, with topical, explosive thrillers set in exotic locations

..another beautiful timely piece for all authors… LUVVED IT !!

Since I am dedicating this week to the apocalypse to support my friend, Piper Bayard, I thought we’d take a day to look at the Bookpocalypse. What IS a Bookpocalypse? The Bookpocalypse is when you realize that first book you’ve been working, reworking, taking to critique, etc. is a train wreck and, for all intents and purposes, unsalvageable.

I went through this, too. Back in the 90s, when I began my tome, I mistakenly believed that making As in English naturally qualified me to be a best-selling author.

And there comes that point that we need to be honest why our book is being rejected (or, in the new paradigm, not selling). This can be a very depressing low for any artist. I still remember the day it dawned on me my first book was mess and it was time to pull the plug. This is…

… self-publishers… read this and drool… the future ‘s so bright we’re all gonna need SEVERAL pairs of shades…:))

Click on the image to read some great news!